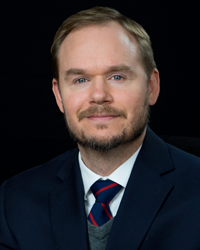 Samuel K. Darling manages the divorce (family law) and business law practice groups at Genesis. He received his bachelor’s degree from Columbia University in 2002. Columbia is Ivy League and ranks among the top 5 schools in the country.

Mr. Darling began his legal career with Ogden Murphy Wallace, one of the largest Washington-based firms. He spends his leisure time with family and singing on his church’s Praise and Worship team.