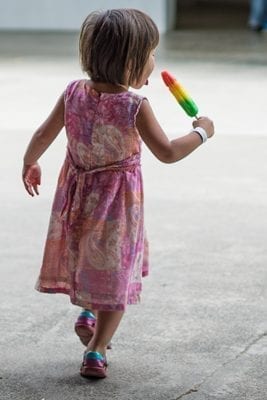 This article provides our divorce attorneys’ opinions of the ten most prominent and commonly appointed Guardians ad Litem (GALs) in Snohomish County for child custody disputes, such as divorces, parentage actions, 3rd party custody cases, and parenting plan modification proceedings. We’ve listed the ten GALs alphabetically rather than by order of preference or ability.

Margaret Fowler. In our firm’s experience, Ms. Fowler is one of the two most commonly appointed GALs in Snohomish County, along with Lisa Kibbee (see below).

Apparent Leanings: She won’t hesitate to issue recommendations favoring a good, highly-active father over a temperamental mother who creates unnecessary conflict. She strongly values emotional maturity and the ability to resolve conflict through compromise. Correspondingly, she disapproves of domineering personalities, especially ones who use negativity to control people around them.

Cost: She charges a reasonable $125 per hour and records her billable hours sparingly, making her a good cost-conscious choice. Her retainer (an advance fee deposit due at the beginning of the case) is $3,000, which is higher than one might expect given how lightly she bills clients.

She also tends to be very busy, meaning her reports might be late and less carefully written and proofread than those of other GALs.

Given Washington’s legalization of marijuana, it’s notable how she feels about marijuana use. She does not consider responsible marijuana use a drawback for a parent. Many GALs feel differently.

Karen Glassman. Ms. Glassman is well respected and inexpensive. Her $100 hourly rate and $1,700 retainer are among the lowest in Snohomish County. However, our firm has very little experience with her, because she works out of Mount Vernon, located well north of our firm’s Everett headquarters. She is a good choice if one or both parties live in northern Washington.

Rory Hardy. Rory is a relatively young GAL who receives a large number of appointments, though perhaps not as many as Margaret Fowler or Lisa Kibbee.

Apparent Leanings: Rory seems to strongly favor joint custody (a residential schedule in which each parent has about 50% of the time with the children). If the parties live in different school districts, she often recommends primary care to one parent, but states that the parties should have equal parenting time if they immediately relocate closer to each other. This seems to suggest the non-primary care parent can then relocate to the primary care parent’s school district and obtain a joint custody recommendation.

Cost: Ms. Hardy’s hourly rate ($100) and retainer ($2,200) are among the lowest on this list, behind Karen Glassman and Lisa Kibbee. She might not, however, bill as sparingly as Margaret Fowler.

Miscellaneous: Ms. Hardy has a very good heart and routinely volunteers at Snohomish County legal Services. She is also writes well worded and proofread reports, despite her busy work schedule.

Jeanette “Jenny” Heard. Ms. Heard is one of the most respected GALs in Snohomish County. Judges and commissioners tend to follow her recommendations more readily than those of other GALs. Her investigations and reports are thorough. And because she has a JD (meaning she graduated from law school), she probably understands the law better than most GALs.

Lisa Kibbee. In our firm’s experience, Ms. Kibbee is one of the two most commonly appointed GALs in Snohomish County, along with Margaret Fowler.

Apparent Leanings: Ms. Kibbee favors above-average visitation time for the non-primary care parent. She wants to be fair to both parties and will seek win-win solutions and reasonable compromises. Frequently used descriptors of her include “easy going” and “kind”. But don’t assume she’s a “softy”: she will come down hard on a parent who endangers the children, such as a parent who uses illegal drugs.

Cost: Apart from Ms. Glassman (who lives to the north and is thus rarely an appropriate choice), Ms. Kibbee is the least expensive GAL on this list. She charges only $100 per hour and a $1,800 retainer. She also bills lightly. For example, she often elects not to attend hearings if she feels her presence is unnecessary, whereas some GALs take every opportunity to bill a few more hours.

Miscellaneous: Like Ms. Fowler, Ms. Kibbee’s written work is one of her weak points.

Don Layton. Mr. Layton’s gender and work experience make him unique. He is the only male GAL with more than a few years’ experience in Snohomish County. His qualifications are strong, and many jurists respect him highly (though word has it some jurists do not).

Miscellaneous: He says he has little patience with nonsense and emotional back-and-forth.

He has also told our firm he intends to work less as a GAL and more as a reunification therapist. His availability for GAL appointments might be limited, so make sure to call him in advance to find out about his schedule. His work number is 425-423-8585.

Bridget Llewellyn. Ms. Llewellyn gravitates toward eccentricity, but do not let that fool you. She might be one of the most respected GALs locally. As a retired judge once explained, he often disagreed with other GAL’s reports, but not Ms. Llewellyn’s.

Cost: She charges surprisingly reasonably at $125 per hour and a $3,000 retainer.

Miscellaneous: Ms. Llewellyn is not a good choice is you need a GAL report quickly. She works slowly and sometimes misses report deadlines by many months.

Dale Todd. Dr. Todd has been a GAL for only a short time, but most local judges, commissioners, and divorce lawyers know his name well. For years he was the most respected domestic violence assessment and treatment provider in Snohomish County. Recently jurists have been appointing him less frequently as a treatment provider due to the expense. He responded to the decreased business flow by becoming a part-time GAL.

He might be one of the best choices as a GAL for domestic violence cases. He understands the dynamics and personality profiles well.

Miscellaneous: Dr. Todd is chummy with Robert “Bob” Getz, an attorney whose office is next to Dr. Todd’s domestic violence treatment facility. We’ve witnessed Mr. Getz try to persuade the court and attorneys to appoint Dr. Todd to his cases. Be warry.

Martha Wakenshaw. Like Ms. Wakefield Nichols, Ms. Wakenshaw is experienced, credentialed, and respected. One of our attorneys is currently working with her and remarked on her thoroughness and communication ability.

Miscellaneous: Ms. Wakenshaw works from Bainbridge Island and Edmonds.  As with Karen Glassman, be mindful of whether her location is near the parties.

For more free articles and videos, see the resources section of our firm’s website.

And if you’re a GAL who’s been left off this list, a holiday fruit basket wouldn’t hurt your chances of getting added next year 😉